Tuition, fees and state allocations cover the “basics,” but are not sufficient to provide for the many “extras” that add quality and value to a university education and allow research and regional service to flourish.

The Georgia Southern University Foundation, Inc., is qualified by the Internal Revenue Service as a tax-exempt 501(c)(3) corporation.

The mission of The Georgia Southern University Foundation, Inc. is to assist Georgia Southern University in fulfilling its multifaceted mission and in its efforts to achieve educational excellence. The Foundation primarily accomplishes this mission by providing leadership in obtaining the resources needed to achieve the University’s goals and through responsible stewardship of the assets entrusted to the Foundation for the benefit and enhancement of the University.
Click HERE to view annual reports.

Board Agendas and Minutes 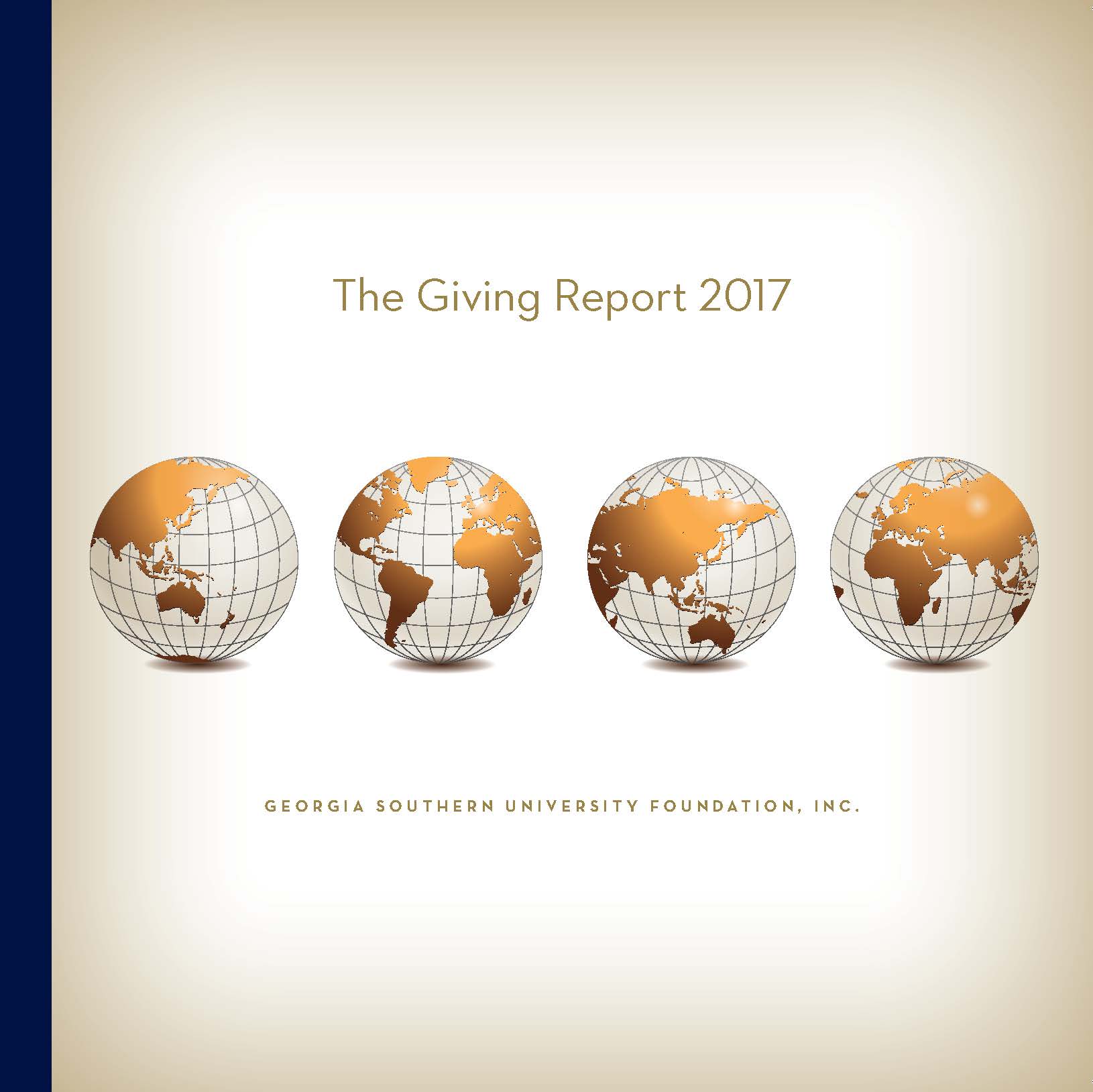 From research opportunities in Ireland to student recruitment across the globe, Georgia Southern continues to make an impact both at home and internationally.  The 2017 Giving Report illustrates the far reaching effect your donations are making. 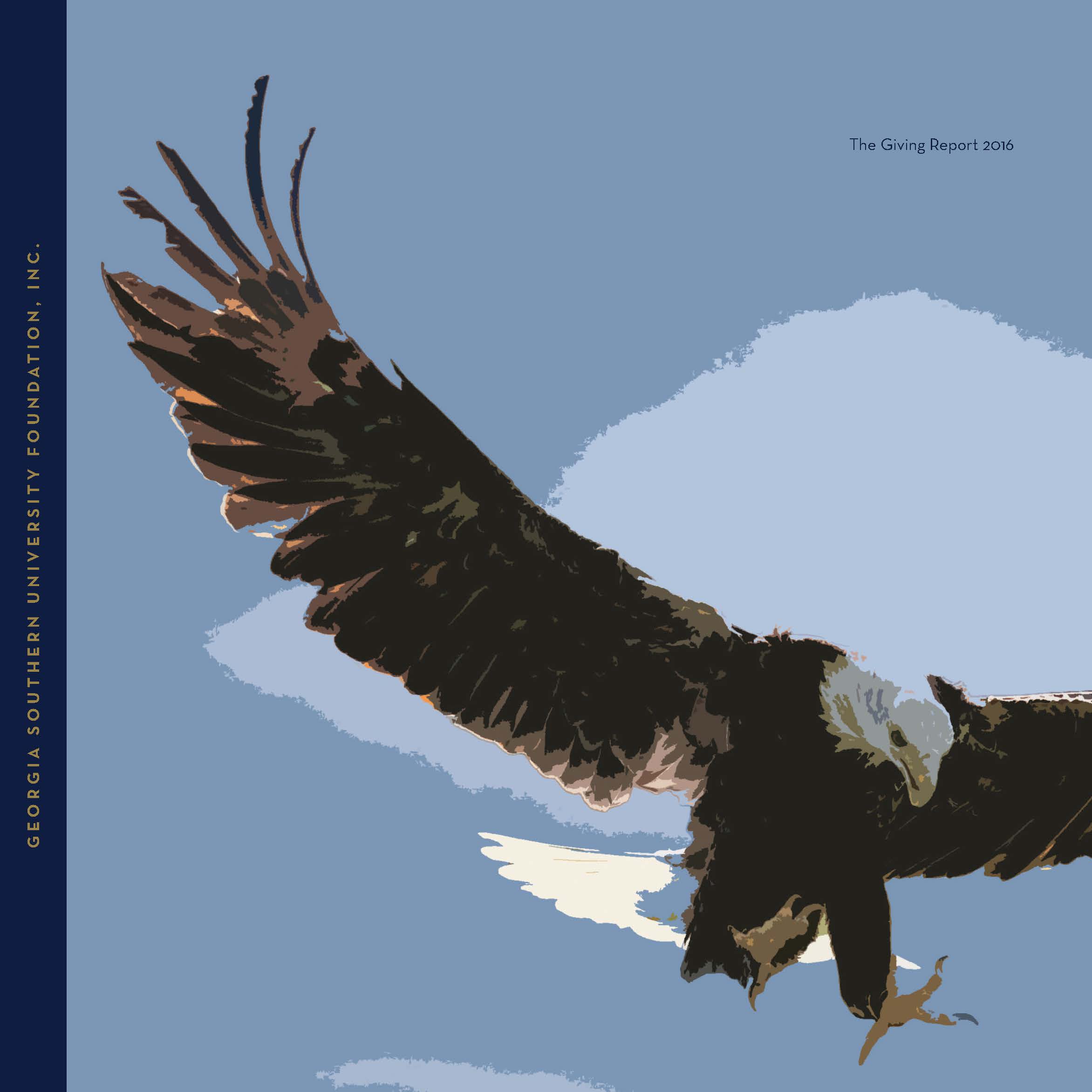 You Made a Difference

The 2016 Giving Report allows readers to meet three students, who, in their own words, explain how donations have impacted their college careers and how that helped make a difference. 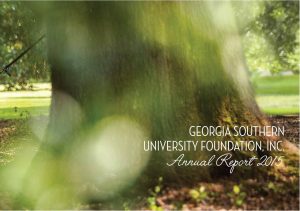 The 2015 Annual Report recognizes long term loyalty by highlighting five individuals each with more than 40 years of giving to Georgia Southern University.  The report also showcases some of Georgia Southern’s most recent gifts and the impact they are making. 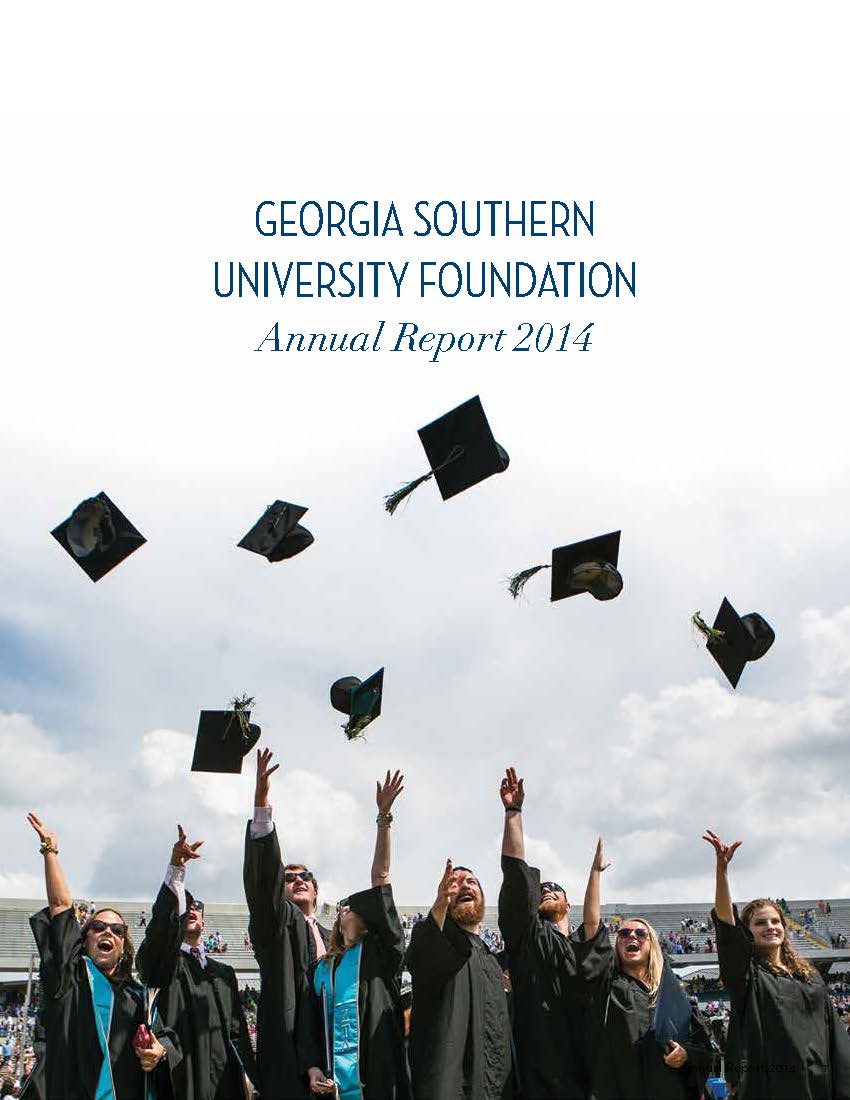 Follow along with our students, faculty, and supporters as they take readers on a journey of excellence both in the classroom and beyond in the 2014 Annual Report. 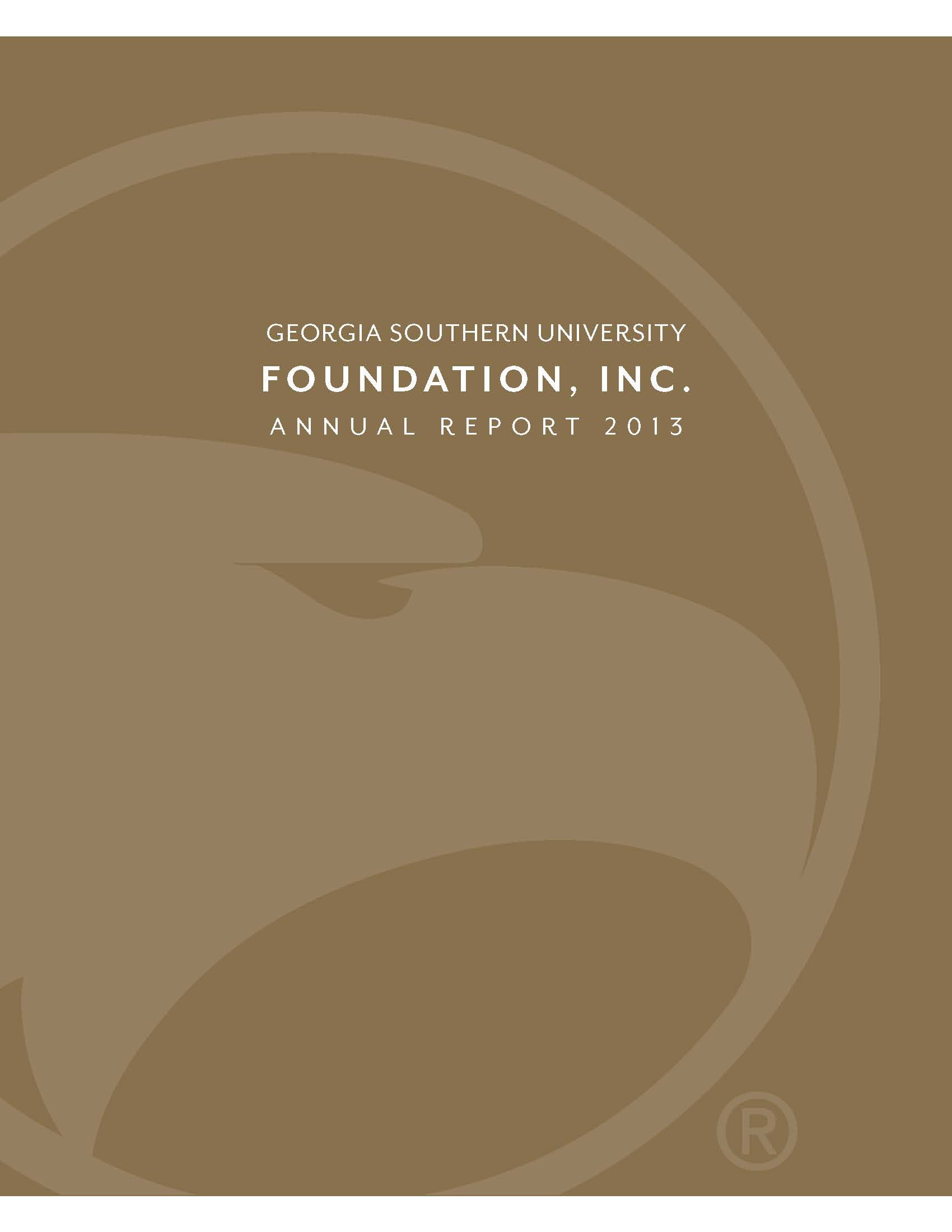 The 2013 Annual Report allows the reader to meet individuals who, with their giving, are creating a legacy at Georgia Southern University and helping to shape the future. 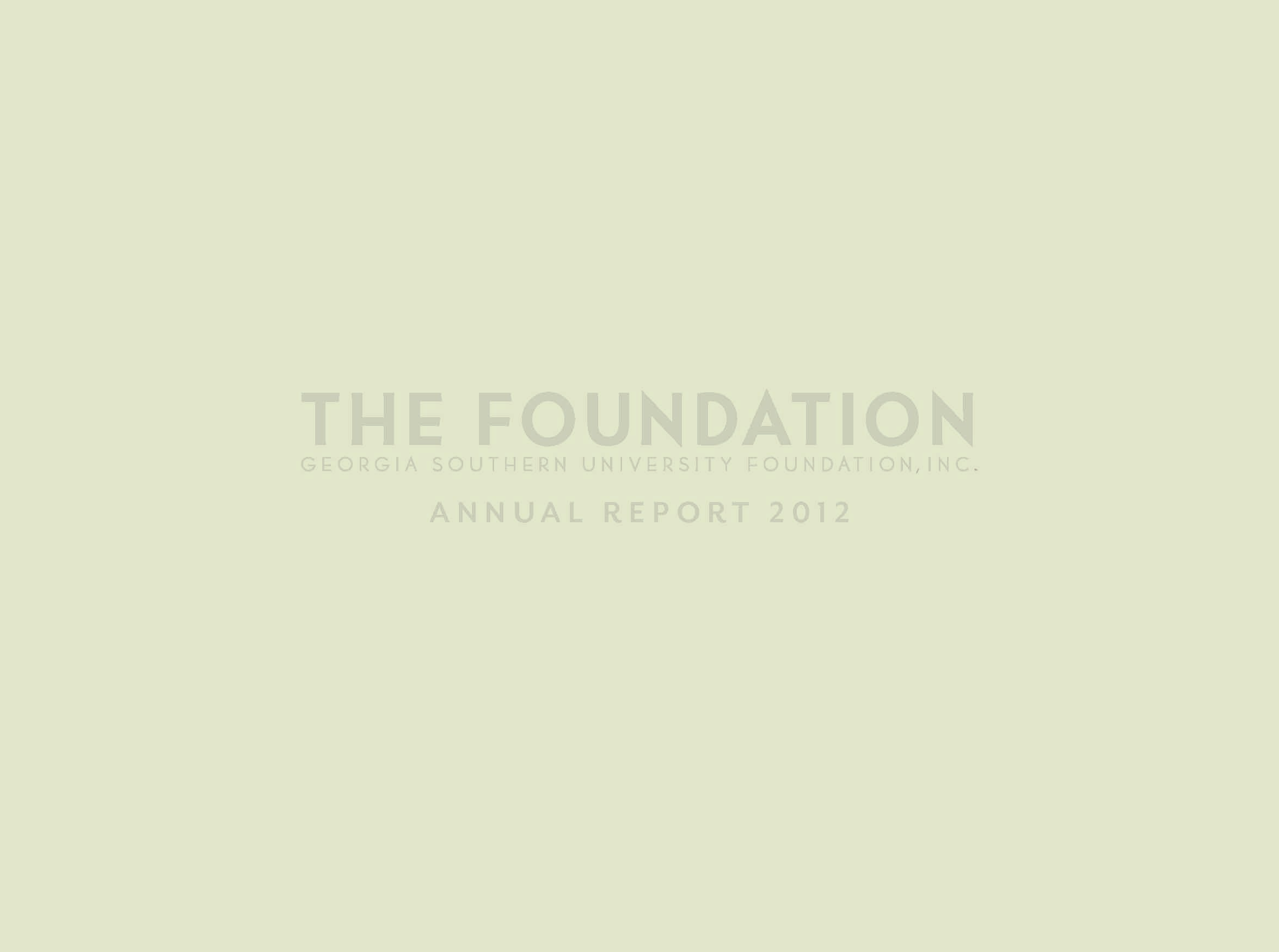 The 2012 Annual Report illustrates the important role that our donors, and their commitments, play in preparing Georgia Southern University for the future.

This website uses cookies to improve your experience while you navigate through the website. Out of these, the cookies that are categorized as necessary are stored on your browser as they are essential for the working of basic functionalities of the website. We also use third-party cookies that help us analyze and understand how you use this website. These cookies will be stored in your browser only with your consent. You also have the option to opt-out of these cookies. But opting out of some of these cookies may affect your browsing experience.
Necessary Always Enabled
Necessary cookies are absolutely essential for the website to function properly. These cookies ensure basic functionalities and security features of the website, anonymously.
Functional
Functional cookies help to perform certain functionalities like sharing the content of the website on social media platforms, collect feedbacks, and other third-party features.
Performance
Performance cookies are used to understand and analyze the key performance indexes of the website which helps in delivering a better user experience for the visitors.
Analytics
Analytical cookies are used to understand how visitors interact with the website. These cookies help provide information on metrics the number of visitors, bounce rate, traffic source, etc.
Advertisement
Advertisement cookies are used to provide visitors with relevant ads and marketing campaigns. These cookies track visitors across websites and collect information to provide customized ads.
Others
Other uncategorized cookies are those that are being analyzed and have not been classified into a category as yet.
SAVE & ACCEPT